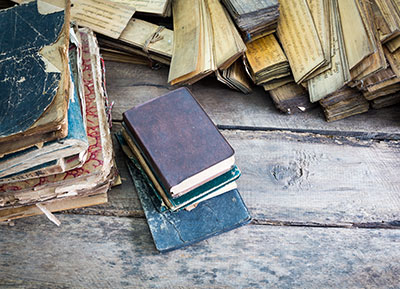 The 2014 bar exams was one of the most rigorous and challenging bar exams in history, characterized by numerous essay questions under grinding time pressure and strict marking of the examination booklets. Of the 5,984 examinees who completed all eight exams, a scant 1,126 made the grade for a pass rate of 18.82%, one of the lowest in history.

Team Jurists took up the gauntlet with 89 Jurists bar candidates slaying the bar exam dragon for a 34.50% pass rate, soundly trashing the national pass rate. For those who followed the Jurists training program with fidelity, the pass rate was a notable 61.15%.

Team Jurists’ outperformance was further burnished by the feat of two Jurists candidates who landed in the top ten: Jose Angelo A. David and Adrian F. Aumentado, both of San Beda, copping the 6th and 7th places respectively.

The examinees were drowned with a deluge of bar questions (which in the case of Remedial Law and Taxation numbered 41 and 42, respectively) which they were expected to field in four hours. To add to the degree of difficulty, esoteric questions such as those asking for the definition of “depecage,” “Jason Clause,” and “voir dire,” were thrown in from time to time. The Supreme Court also declined to lower the pass rate below 75%.

Team Jurists rose to the daunting challenge with 392 Jurists bar candidates slaying the bar exam dragon for a 60.96% pass rate, more than double the national pass rate. For those who followed faithfully the Jurists training program, the pass rate was a formidable 74.62%. The 392 Jurists bar passers represented over 22% of the total nationwide passers of 1,731.

For the 2016 Bar Review Season, Jurists unveiled another innovation: Jurists Preweek Online.   This is a useful option during the hectic preweek review period.   Reviewees can save valuable time by viewing the full preweek lectures via on-demand videos through their desktop computer, laptop, PDA, tablet, hand phone, or any other electronic device with internet access.   Jurists will continue to offer the on-site preweek review for those who prefer the structured regimen of a brick-and-mortar review venue.

Team Jurists came up with a performance for the ages in the 2016 Bar Examination with 1048 Jurists bar candidates slaying the Bar Exam Dragon and laying claim to the coveted title of Attorney-at-Law.  The 1048 new Jurists lawyers represented 28% of the total 3747 new lawyers who passed the 2016 Bar Examination.    Team Jurists posted a jaw-dropping institutional pass rate of 85.74%, eclipsing the national pass rate of 59.06%.

Team Jurists rocked the 2017 bar examination with an off-the-charts performance that cemented their place in the annals of bar exam lore. 589 new Jurists lawyers successfully vanquished the bar exam dragon for an impressive institutional pass rate of 60.22%, far outstripping the national pass rate of 25.55%.  The 589 new Jurists lawyers represented 34% of the total 1,724 new lawyers who hurdled the 2017 Bar Examination.

Team Jurists’ tour de force was underscored by the feat of  nine Jurists bar candidates placing in the Top 20:

In line with its leadership role in bar exam research and innovation, Jurists came up with two new offerings in 2018 and 2019.

In 2018, Jurists put up its own “bar ops” to better serve the needs of its reviewees.  A dedicated and elite team was picked from the roster of Jurists bar review lecturers and Jurists coaches, as well as consultants in the field of bar exam research and forecasting. The team provides invaluable academic support services to the bar examinees during the bar exam week by furnishing them with critical bar exam intelligence in the form of last-minute tips. The team employs data analytics, intelligence-gathering, case surveys, and pattern and trend analysis in coming up with its the last-minute tips.

Jurists Bar Review burnished its reputation as the top bar review center in the country when 665 Jurists bar candidates made the grade in a grueling and nerve-wracking 2018 bar examination. The 665 new Jurists lawyers comprised 37% of the total bar passers.  The 2018 bar was one of the toughest in recent memory with only 1,800 out of 8,158 (22%) being granted leave by the Supreme Court to inscribe their names in the roll of attorneys.

Team Jurists’ stellar performance was underscored by its domination of the top ten places with five slots being bagged by the following Jurists barristers:

In the 2019 season, Jurists came up with a new offering:  Jurists Online Advance Prebar Review, the first and only online advance prebar review and coaching program in the country.  The program is ideal for the following:

1. Working reviewees, who need to be flexible in their review schedule because of work constraints.

2. October, November, or December graduates, who want to review during the gap time between their graduation and the start of the regular prebar review season.

3. Graduating law students who want to reinforce their fourth-year review and regular prebar review and hence maximize their chances of passing and outperforming in the bar.

4. Law students who may want to use the video lectures and materials to prepare for and review for their crucial law school examinations.

5. Barristers who have graduated some time ago and retakers who need to refresh and update their legal knowledge through the latest and current law and jurisprudence for a better and more effective regular prebar review.

Jurists Bar Review cemented its status as the top bar review center in the country with another dominant performance by Team Jurists in the 2019 bar examination.  Jurists bar examinees swept the podium positions (Nos. 1, 2, and 3) in the top ten and captured the number ten slot for good measure.   The new Jurists lawyers who joined the primus inter pares of the 2019 bar are:

All in all, 944 Jurists bar candidates successfully vanquished the bar exam dragon.  The 944 new Jurists lawyers represent a remarkable 44.89% of the total 2,103 new lawyers who hurdled the 2019 Bar Examination.

2020 was a tumultuous year.  The Philippines and the rest of the world were severely affected by the COVID-19 pandemic.  In line with the government’s directive to observe social distancing in order to contain the spread of COVID-19, Jurists suspended in-person review and coaching until further notice.

In May 2021, Jurists officially teamed up with ExamSoft, the official digital platform provider for the January-February 2022 bar exam, to provide reviewees with an enhanced mock bar program using the Examplify application.

With community quarantine and/or social distancing measures still in place or imperative to address the risk of contagion, signing up with Jurists is the smart and prudent move to make.   With its proven digital platform which has been delivering outstanding online bar review and coaching since 2014, Jurists has the wherewithal to deliver the best online bar preparation program during these challenging times.

Through the years, Jurists has achieved a reputation as the preeminent bar review center in the country and the leader in bar review research and innovation.   Jurists reinvented bar review in the Philippines by introducing the mock bar and coaching system in 2005 thus producing pass rates which have consistently trounced the national benchmark.  Since then others have sought to replicate Jurists’ success but the Jurists praxis featuring seven mock bars, six intensive post-mock coaching sessions, and performance evaluation and monitoring continues to be the gold standard of bar exam review and preparation. Jurists is the bar review center offering the most number of bar review and coaching programs to suit the various needs of the bar reviewees.  As Jurists looks forward to the coming years, it will not rest on its laurels but will continue to further improve and fine-tune its programs in line with its vision of empowering the bar reviewees with the competencies necessary for gaining admittance to the hallowed ranks of the Philippine Bar